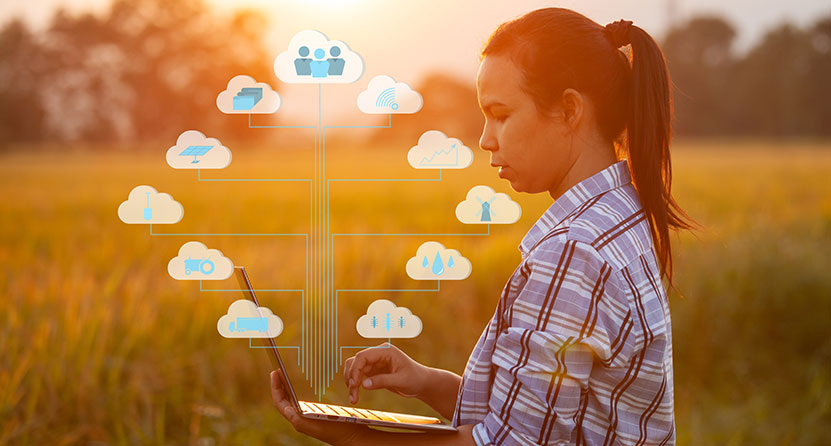 Many rural areas in the United States are unable to take advantage of digital services and capabilities that are an everyday part of life for urban residents – from running and growing a business to completing school assignments, applying for a job, accessing high-quality health care, keeping up with the news, connecting with friends and family, and enjoying entertainment.

– In urban areas, 97% of Americans have access to advanced/high-speed capability.
– In rural areas, that number falls to 65%.
– On Tribal lands, barely 60% have access.

Door-to-door survey inquiries among rural and Tribal areas suggest that the number of Americans without access may be even higher than those reported. (Example: Johnson’s, California lists 25Mbps, but access for most is limited to satellite connectivity wi-fi provided by on Jack Norton Elementary property limits.)

Telehealth. For rural areas, access to basic services at care facilities can be many miles away and the number of physicians per 100,000 people is significantly lower than urban areas. Rural residents have limited access to specialists, telehealth solutions, AI and machine learning, blockchain, IoT, wearables, and interoperability solutions that deliver a seamless healthcare experience between patient and practitioner via virtual caregivers, coaching apps, personal electronic health records, cloud connectivity, and new technologies.

Education. Where so much of learning is completed using virtual tools, something as basic and essential as finishing homework assignments can be difficult for students without access to broadband connectivity. Limited access means limited opportunity when you’re unable to fill out online college applications and enrollment forms, or gain access to learn to use the collaboration and communication tools the rest of the world is quickly adopting. Nearly one in five American teenagers is “often or sometimes unable to complete homework assignments because they do not have reliable access to a computer or internet connection”.

Career opportunities. Only 6% of US jobs in the information, professional, scientific, and technical services sectors are located in rural areas, which is home to 19% of Americans. Studies show, broadband access means higher employment rates and job creation. Map to Prosperity, a report from the Nebraska-based Center for Rural Affairs, states that for every 1,000 new broadband subscribers, 80 new jobs are created. A correlation also exists between connectivity and income. A 4 Mbps increase in residential broadband speed translates to a $2,100 increase in annual household income.

Connected devices. IoT IDC estimates that there will be 41.6 billion connected IoT devices, or “things,” generating 4 zettabytes (ZB) of data in 2025. The majority of data that data is currently generated by industrial, automotive, and wearables, but demand for camera footage storage is growing. When it comes to generating data, the world is just getting started. Today, 5 billion consumers interact with data every day. By 2025, that number will be 6 billion (75% of the world’s population). In 2025, each connected person will have at least one data interaction every 18 seconds.

Entertainment. For the sake of world peace, cat memes and Netflix should be equal access.

Current State of the Connectivity Landscape

The options for providing adequate 25Mbps/3Mbps access have traditionally been DSL, cable, and fiber, with smartphones gaining traction as a high-speed alternative. The map below shows the existing network of fiber and hubs where networks converge. Some areas, like Northern Virginia, see 90% of the world’s internet traffic on a daily basis. But, as you can see, there are also areas where connectivity doesn’t reach. 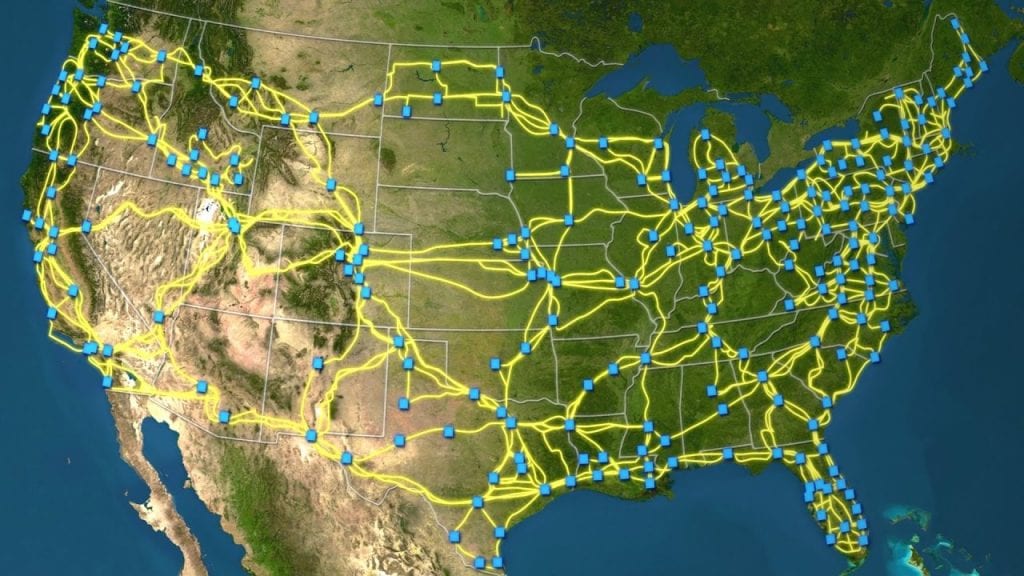 Deployment Costs of Fiber/Cable/DSL vs. Satellite

The cost to implement connectivity varies by type and includes regulatory approval and access. Generally, constructing a cell tower costs around $200,00. It can cost anywhere from $10,000-$30,000 to hook up to nearby utilities, depending on location and proximity to existing utility connections. Fiber can cost up to $30,000 per mile and can run higher for areas where access is limited. For instance, running a mile of fiber in Northern Virginia, where existing infrastructure transports 90% of the world’s internet traffic each day, will be significantly easier and more cost effective than a mile of fiber to the Havasupai Tribe, located at the bottom of the Grand Canyon.

Satellite broadband as an alternative solution provides cost effective deployment costs and simplifies the infrastructure coverage barriers faced by underserved rural areas where nearly 26 million Americas lack connectivity. Currently there are a number of providers making investments in the space, including Blue Origin, dishNET, and more. In what’s been coined the “space race,” SpaceX’s Starlink is emerging most promising. The company’s satellite constellation has already received FCC approval to launch nearly 12,000 satellites. In May, SpaceX launched 60 Starlink satellites successfully, with all but 3 in communication with the company’s Earth stations using broadband phased array antennas. The company will begin transmitting broadband signals and testing latency and capacity. Initial internet service is projected as early as 2020 with anticipated speeds up to 1Tbps, and affordable startup, subscription, and antenna costs.

FCC has compiled this comprehensive inventory of federal agencies and programs that do or could play a role in funding, regulating, or otherwise significantly impacting the deployment and provision of communications infrastructure and services, including information technologies, on Tribal lands.

USDA Rural Utility Service recently received a $600 million appropriation from Congress to invest in rural broadband through its over four years beginning in 2019.

LifeLine Program provides discount on phone service and broadband for qualifying low-income consumers to ensure that all Americans have the opportunities and security that phone service brings, including being able to connect to jobs, family and emergency services. Between $9.25 and more toward phone/internet service. https://www.usac.org/li/

Broadband Deployment Advisory Committee makes recommendations for the Commission on how to accelerate the deployment of high-speed Internet access, or “broadband,” by reducing and/or removing regulatory barriers to infrastructure investment.

The United States isn’t the only nation facing the challenge to bridge the digital divide. Data from Statista suggests that only 45% of the global population had access to the internet in 2018. But, solve the challenge for one nation and you have the foundation to solve for all. And….if you solve the connectivity challenge for one planet, multi-planet connectivity also becomes probable. And who doesn’t want to scroll amazing cat memes while drinking morning coffee and watching the Earthrise?